The awarding of this year’s GCSE results in the midst of the pandemic which had already impacted drastically on students’ learning and preparation, not only led to a huge furore but has sparked a debate around whether GCSEs should be scrapped altogether.

Avoiding the same uncertainty with results in 2021 is clearly a top priority and educators have called for the introduction of measures to ensure next year’s candidates are tested in the fairest way possible.

Suggestions include stripping the course curriculum down to its core components on the basis that it would make the content students are expected to learn more manageable given they are set to lose at least a third of teaching time for their courses.

In the current climate, there’s clearly cause for concern when it comes to academic progress.In a recent TES survey, nine out of ten GCSE and A-level teachers reported that their students have fallen behind compared with where they would expect them to be at this stage in normal circumstances. Respondents feared as many as 42% of children were ‘noticeably’ behind.
These statistics certainly add weight to the argument for revising the assessment criteria in so far as the current Years 11 and 13 are affected and potentially could lead to longer term changes for those students coming up through the system in the post pandemic years.

The Show Must Go On!

The argument many are making in favour of cancelling GCSEs for 2021, rather than adjusting their format, isn’t necessarily the answer.
In general GCSEs are considered the fairest method of assessing academic ability at sixteen. Writing for Schools Week, Chief Executive of United Learning, Jon Coles explains that the case for running with teacher assessment for a second year is unhelpful in that it typically produces wider deprivation gaps than exams.

We should also remember that while A level grades are clearly key, as Ofqual point out, GCSEs are also used in the filtering process for university admission. What’s more, GCSEs give an indication of all pupils’ general ability and can signal subjects in which they show particular strength or weakness as a marker for the next stage.

Another important point made by Ofqual is that GCSE success can be stimulating to young people, as they see it as a marker which sets them up alongside their classmates, provides them with a measure of personal worth and also communicates that worth to their peers. In other words, the current model of testing gives rise to a sense of healthy competition.

Also, according to CERP (Centre for Education and Research Policy), for those pupils who go into training or apprenticeships, a school leaving certificate such as GCSE still makes sense as they would otherwise have nothing to show for their school years.

Preparing for the Workforce

On an economic level, academic qualifications such as GCSE benefit the workforce generally and boost average earnings. In the world of work there is an increasin need for academic ability and, in the modern “skills economy”, employers need school leavers to have developed the capacity to think and reason beyond basic literacy and numeracy. The upshot here is that employers value the transferable academic abilities that enable people to learn new skills.

At the end of the day, successive qualification levels are associated with significantly higher probabilities of being in work and from an economic perspective they improve general economic growth by enabling people to move between occupations.

And it’s not just the students who stand to benefit from the GCSE system! According to Ofqual, focusing on the assessment can also improve teaching practice in that it prompts teachers to (re)consider the allocation of lesson time, their emphasis upon different aspects of the subject content and their teaching practices more generally.

It’s anticipated that the Covid-19 impact on 2021’s exam groups will be even greater than on 2020’s. While there may be a case for delaying examinations by a few short weeks next summer to buy at least a little extra teaching time, the ultimate goal is to ensure students aren’t failed by a system groaning under pressure.

It’s clear that while the format may look slightly different, GCSEs are here to stay. A Star Tuition Group have a wealth of experience in preparing students for the exams and this year we’ve gone online to continue to offer our services in a way that is Covid secure.

If you’d like further information about A Star Online learning, please give us a call! 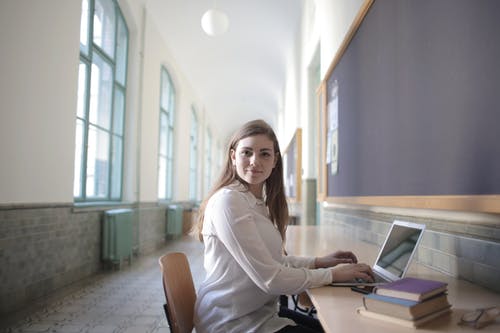 make a start today by booking a free assessment

We are based in Ramsbottom, Bury & teach pupils from the East Lancashire area.